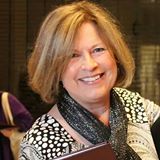 It’s after April 1st, so the pranks and jokes are over. But not the theme for April’s Writer’s Notes-April Fool. So, funnies aside, this could be terribly serious. We all have felt the fool. We’ve all made mistakes. We hope to learn not only from ours but from others. No joke.

Looking back on my writing career, I’ve made some serious gaffes. With regret but not misery, I offer them for you. You might learn something.

The good news is, I have a cigar box filled with scraps of paper. Future stories—short or novel, doesn’t matter. I’ll never run out of ideas!

It’s a wonderful thing to be in a room full of introverted writers who are there for the love of the craft.

Thankfully, I have readers who enjoy them.

On April 13th, Scott Decker, retired FBI agent and author of Recounting the Anthrax Attacks, writes about being fooled by the lab (FBI) with forensic methods purported ready for prime time—but after using them and hoping to take the results to court, finding out the techniques were all bogus. Ann Parker’s post on April 20th will take you on an adventure she’d rather not repeat. On April 27th, Judy Alter’s post features some hard-learned lessons about waiting for agents.

Please join us on Writer’s Notes every Friday morning—see if you can learn (as a writer) from our foolish tales. Then, on Sunday morning, read the real stories behind the badge written by LAPD veterans from different eras.

13 thoughts on “April Fools: Learning From My Mistakes”