I was in a critique group years ago with a writer who had San Francisco PD (SFPD) detectives investigating homicides, a rape and several assaults that occurred in Marin County. The manuscript was completed and the author was using our group to improve the editing. As gently as I could, I explained jurisdiction: SFPD wouldn’t routinely respond to a crime that occurred in another county. There are times when it could happen: mutual aid request from Marin County Sheriff (who handles that jurisdiction) or the crimes are related to an SFPD case. But, normally this is a mistake that could cost the author his readership–at least, readers who know about the cop life. Believe me, there are a lot of us!

It was unfortunate that he chose to dump an otherwise very entertaining story. But, to varying degrees, I see the same type of mistake in almost every book I read, certainly every cop show on TV and most movies. As much as I love Donny Wahlberg and Tom Selleck, I had to turn off Blue Bloods for this reason. When I see cop characters interfering where they would never go, saying things that are inconsistent with the cop culture or other inaccuracy, it is so distracting that I lose track of what is going on.

Okay, how does jurisdiction work?

With this in mind, I thought I’d spend some time explaining the roles of each type of law enforcement officer and their jurisdictions and responsibilities. 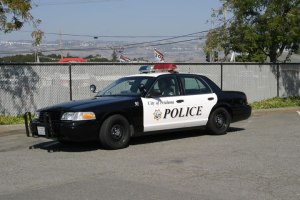 This sounds like a lot of people but in reality many of the jobs in the fifth paragraph are staffed by people in the fourth paragraph. While SROs are normally dedicated to assigned schools, they can also be members of the SWAT team and be “called out” for an emergency. The same goes for Hostage Negotiators. Commonly, they are detectives or patrol officers with special schooling. In larger cities, these positions are more likely to be staffed full-time. In some large agencies, top-tier police association (or union) presidents or representatives are dedicated to the position.

What do they do?

The scope of responsibility for city police is to respond to emergencies, record crimes reports and suppress crime. They also serve criminal (not civil) warrants, write tickets, assist in medical and rescue calls.

As a writer, generally you will have a location in mind, fictional or not. Feel free to call a similar jurisdiction nearby to see how it is structured. Most cops are helpful with this kind of information especially when listen to their answers. Cops appreciate that.

Feel free to add anything you might note is different in your locale. Most law enforcement agencies are standardized throughout California.

One thought on “Jurisdiction and Jobs”